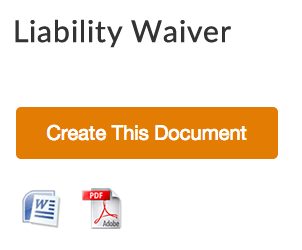 Gun ownership in America has been subjected under huge debate in recent years. While NRA will probably tell you that it’s their right as Americans to protect themselves (well, and their country too) others are of the opinion that is too much risk to have all and sundry own a gun. One undeniable fact however is that there has been an increase in gun violence in recent years.

There have been cases of school shootings, beach shootings, increased in robbery and other gun-associated violence. On the other hand, there are cases where guns have been used to escape from violence or scare criminals away. From whichever side you decided to look at it, gun ownership by American citizens has it benefits and risk. The bone of contention here is whether the risk outweighs the benefits.

The debate for gun bans and reforms that came to the forefront in the wake of mass shootings that we continue to witness throughout the nation has so far failed to gather enough support from the Congress. The debate is complicated and so far lack answers.

What is Firearm Risk Protection Act?

Rep. Carolyn Maloney argued that having a law that requires individual to own an a gun insurance (just like in the case of car insurance) will help to curb the gun violence just like car insurance has helped to reduce vehicle fatalities because getting insurance will make gun owners to be more careful.

Maloney believes that “An insurance requirement would allow the free market to encourage cautious behavior and help save lives;” She further added that “Adequate liability coverage would also ensure that the victims of gun violence are fairly compensated when crimes or accidents occur.”

Is Maloney right? We will take a look at the pros and cons of having Americans get insurance before owning a gun in America.

Pros: Why should the gun owners need gun liability insurance?

A study by the Mother Jones, of the more than 70 mass shootings in the United States showed that more than three-quarters of the guns that were used in gun-violence were legally obtained by the killers in the last 30 years. Having a tough gun-law would make it hard for everybody to own a gun and potentially prevents these crimes.

In the aftermath of Sandy Hook Elementary School shooting, a grassroot group known as “Moms Demand Action” believes that gun ownership by everybody in American is creating a serious public health crisis that is attacking children. The group went further to show statistics that reveal that almost 8 American children die every day due to gun violence. The group advocates for stronger laws such as gun liability insurance which they believe are the answer to giving adequate protection to children

Part of gun liability insurance is background checks before owning a gun. According to the group “Americans for Responsible Solutions” which is supported by one-time U.S Rep. Gabrielle Giffords; background checks will prevent domestic abusers, criminals and people with serious mental condition from buying guns. The group is of the opinion that laws that require people to go for background check will prevent nearly 2 million people who should not have gun in the first place from purchasing a gun.

Requiring citizens to get insurance before owning a gun is a law that will widen the gap between the rich and the poor. This means the rich can easily obtain gun for whatever purpose he deem fit while the poor cannot even protect himself. Arguably, the poor may even need the gun more since they are the one that lives in the places with high crime rate meaning that they need gun to protect themselves. The rich can afford to live anywhere with low-crime rate. Furthermore, according the “National Rifle Association’s Institute for Legislative Action“; Self-defense is a fundamental right of every American; making guns impossible to be obtained by the poor is denying them of their rights as citizens.

You cannot imagine someone that intends to rob a bank to go for background check and pay for insurance before getting a gun. Criminals are highly unlikely to buy insurance which implies that victims of gun violence will not receive any compensation. According to Mocsary of Insurance Business America, “There’s no reason to believe a criminal who doesn’t fear criminal sanctions for homicide would fear a penalty for not insuring,”

The gun liability insurance law will lead to fewer guns. According to the NRA, this is a bad move since violent crime goes down when more people legally own guns. They argued that the right to carry guns has been on the increase in the United States since early 1990s and it has seen the reduction in violent crime rates. They further said that the number of privately own guns has risen to about 100 million and the nation’s murder rate through 2010 has decreased by 52 percent to a 47-year low. Also, the number of violence crime rates has reduced 48 percent to a 37-year low.

Almost all the intentional criminals’ acts are not included in the coverage proposed by Rep. Carolyn Maloney.

According to Mocsary, almost twenty percent of gun violence victims are shot by the criminals at the point of committing a crime themselves. While about ninety-seven percent of deaths resulted from firearms are caused by suicide or homicide – which are not included under liability gun insurance.

Gun liability insurance will not stop gun-violence it will however make more citizens vulnerable to gun violence. Imagine a community with high-crime rate, the probability is that most of the community cannot afford to buy gun with gun insurance policy in place. These people will be subjected to the mercy of criminals who obtain guns illegally from the black market to perpetrate their crimes.